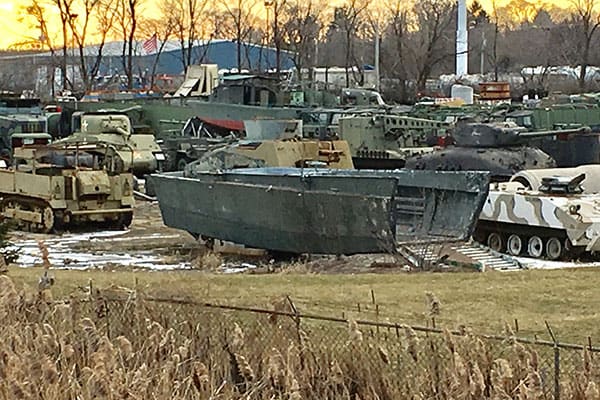 It’s been 75 years since the D-Day invasion of Normandy, France, by Allied forces on June 6, 1944. Twin Disc is proud to have contributed to that monumental effort by developing the high-quality marine transmissions used in thousands of landing craft that participated in the offensive.

During World War II, our engineers used all their experience and knowledge to craft a marine transmission for the Higgins landing craft that played an important role in the South Pacific and during the D-Day invasion.

During the dedication of the Twin Disc Heritage Gallery in August 2018, John Batten, president and CEO of Twin Disc, spoke about the legacy of the Higgins Landing Craft.

“The transmission only had to last 50 hours, and reverse was not needed because we were told they would only be going one way,” he said. “Twin Disc’s engineers, some of whom were veterans of World War I, would not accept a vessel that would deliver our troops into battle and not bring them home safely. Nor would they accept 50 hours of service life.”

Many of the boats were destroyed during the conflict. Most of the others were left in the field and were repurposed by the locals into water taxis, fishing boats and work boats.

After World War II, the surviving Higgins landing craft ended up becoming the catalyst of Twin Disc’s success in following decades. Because the craft needed to be serviced and maintained, our company ended up forging important relationships with customers in Europe, Asia and Australia, becoming a truly global enterprise.

Twin Disc takes pride in our legacy of service during World War II. Contact us today to learn more about applications for our marine transmissions and gears.