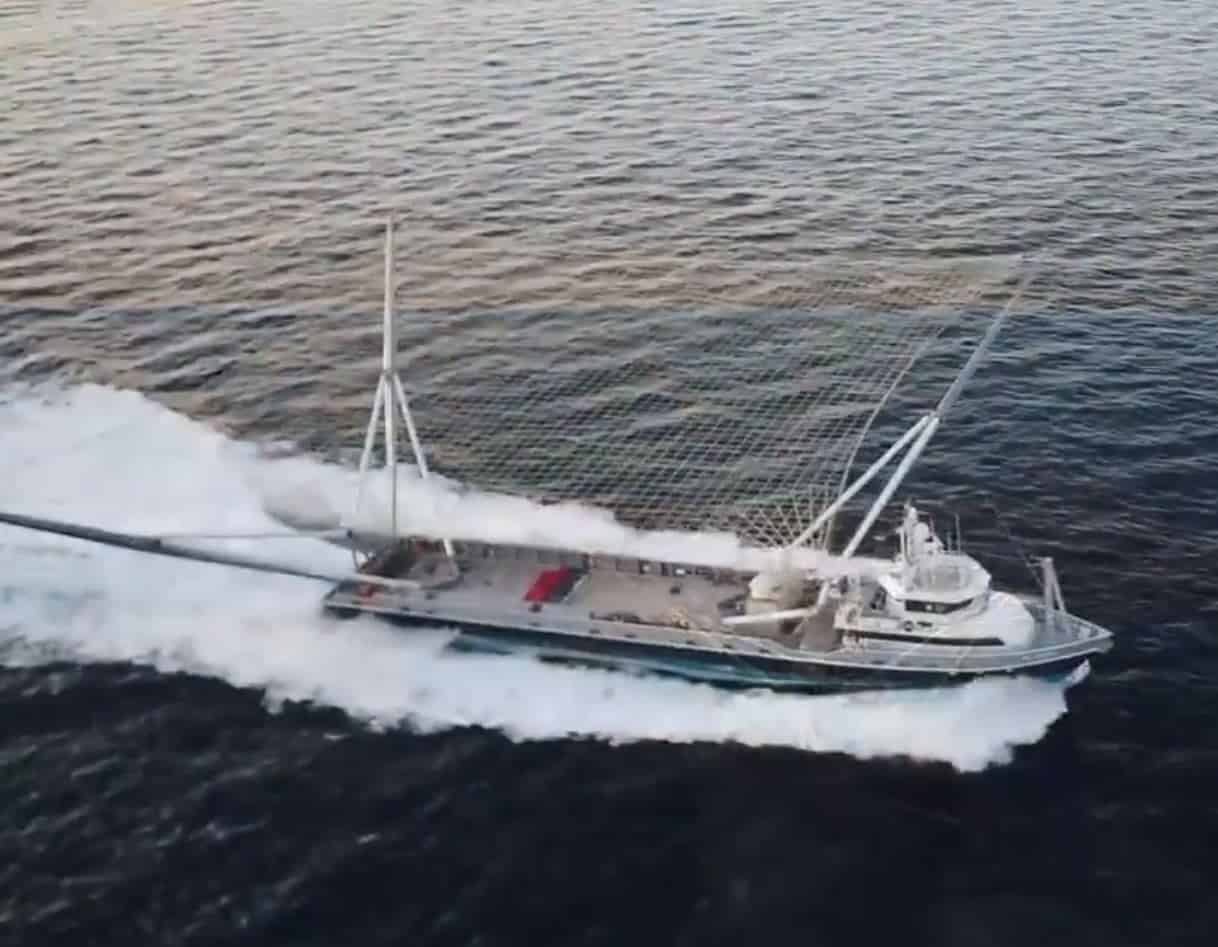 The world has been watching the new Space Race as companies like SpaceX, Elon Musk’s private aerospace manufacturer, develop the next generation of rocket technology. Twin Disc Marine transmissions have been giving an earthbound ship the speed and maneuverability to complete an out-of-this-world task related to the program.

SpaceX is current developing the Falcon 9 family of two-stage-to-orbit medium lift rockets. To reduce the cost of launching each rocket, the company is testing the feasibility of recovering and reusing the fairing, which is a protective nose cone structure that falls back to earth once the Falcon 9 reaches outer space. Each fairing costs an estimated $6 million. Recovering fairings would save about 10 percent of the cost of launching the rockets.

SpaceX has been performing trials of using a marine vessel to recover fairings once they fall back to earth. GO Ms. Tree, an offshore supply vessel formerly known as Mr. Steven, has been outfitted with a giant net structure to catch the fairing, which is being slowed by parachutes as it descends.

To provide its speed and maneuverability, GO Ms. Tree is equipped with four 3516C Cat Tier 3 engines, providing 10,300 BHP, powered through four Twin Disc MCX-61500JC reduction gears. Musk described the heavily modified vessel as “a giant catcher’s mitt in boat form” in an interview with reporters after the first test. It is fast and maneuverable with a top speed of 20.9 knots.

To catch the fairing, the ship is positioned beneath the fairing as it falls toward the ocean. The goal is to catch the fairing in the net located on the ship’s deck in order to prevent it from falling into the sea. This is to keep it from being damaged by corrosive salt water. After multiple tests, on June 25, 2019, the Ms. Tree succeeded in its task, catching a fairing from a Falcon Heavy rocket.

Twin Disc components are used throughout the marine industry, from helping chase rockets to powering fishing vessels. To find out how our marine transmissions, control systems and other technology can meet your company’s needs, contact Twin Disc today.