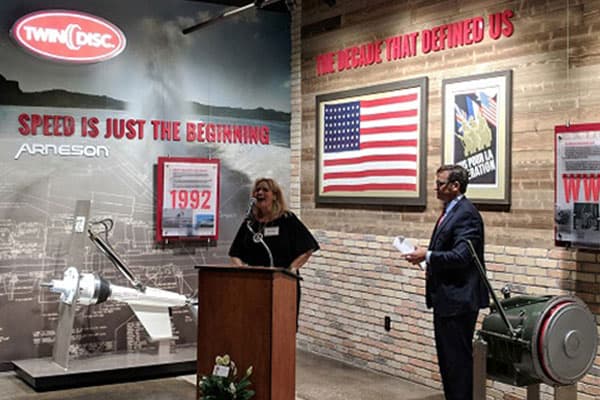 The gallery, which takes up roughly 4,000 square feet of the first floor of the Twin Disc corporate headquarters, provides visitors a chance to see how integral Twin Disc has been, both for Racine and the U.S., as well as the world, over the past 100 years.

“In honor of our centennial we wanted to share our proud history with the community of Racine,” said John Batten, president and CEO of Twin Disc. “I can’t think of another town this size that has this many long-lasting companies, and it’s because of the people of this great city that we have been able to grow and thrive for 100 years.”

Twin Disc products, from the first marine transmission prototype to the E-Type flywheel clutch and Power-Shift Transmission, are on display, along with progressing generations of Twin Disc’s machine parts over the company’s 100-year history. Also on display at the gallery are a variety of Twin Disc memorabilia, including the first meeting minutes between the company’s founders, original stock certificates, and a Wallis tractor equipped with a Twin Disc farm factory clutches, which was the original product that helped launch Twin Disc in 1918. 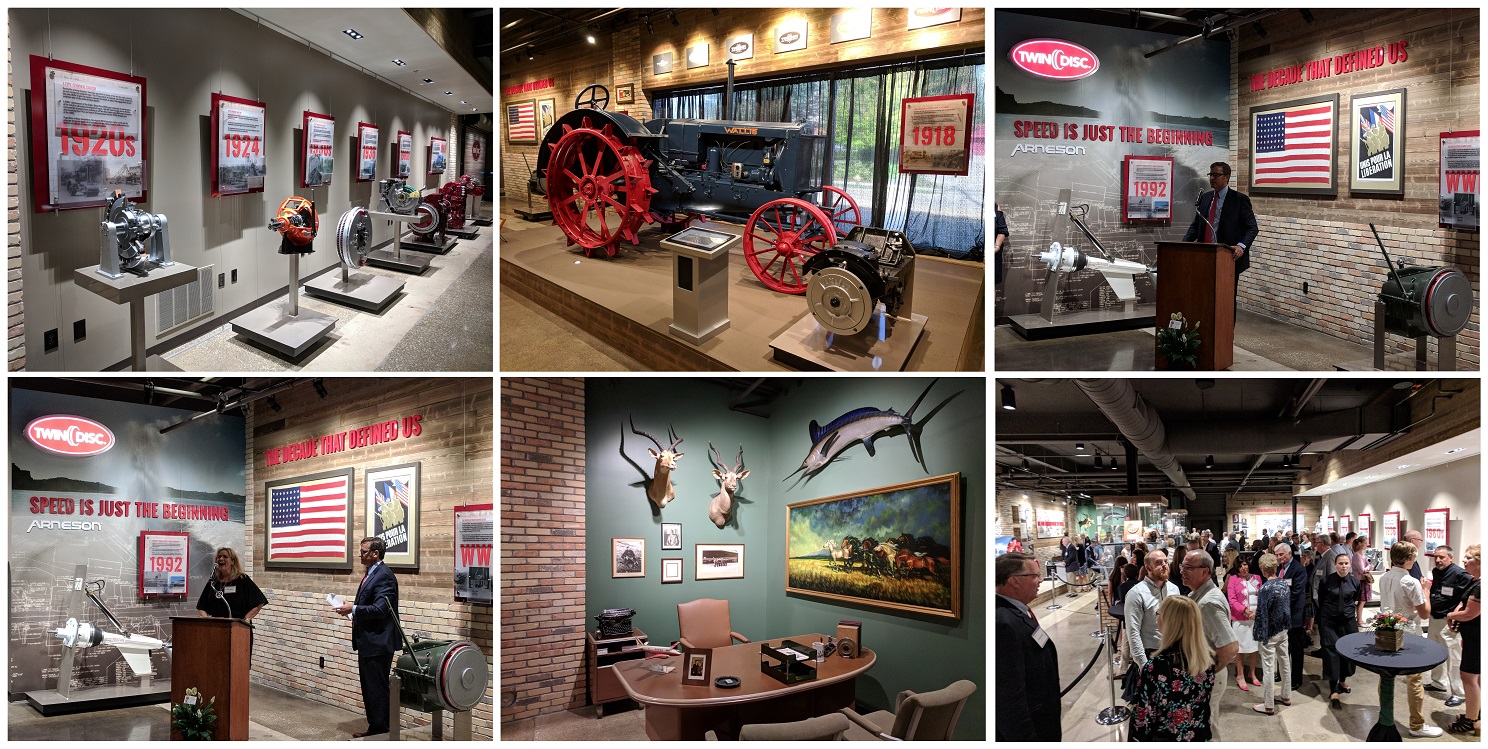 The gallery’s most distinguished feature is a section dedicated to the decade that defines the very backbone of Twin Disc throughout its 100-year history, the lead into World War II, when Twin Disc was asked to design a marine transmission for the Higgins Landing Craft that would be used throughout the South Pacific and the D-Day invasion.

“The transmission only had to last 50 hours and reverse was not needed because we were told they would only be going one way,” Batten said, during his dedication speech to the roughly 100 guests in attendance. “Twin Disc’s engineers, some of whom were veterans of World War I, would not accept a vessel that would deliver our troops into battle and not bring them home safely. Nor would they accept 50 hours of service life.”

More than 40,000 landing crafts (or LCVPs) served U.S. troops during the war, and most did not come back. They were either destroyed in conflict or left in theatre, eventually to become fishing boats, work boats and water taxis. Because those vessels were in use and needed to be serviced, the little company from Racine now had customers around the world, which introduced Twin Disc to lifelong partners in Europe, Asia and Australia.

The Heritage Gallery will be open to the general public by appointment only in the fall, and will also feature a flex space for special exhibits, educational programs and receptions.